The foundations of Zionism are:

The unity of the Jewish people, its bond to its historic homeland Eretz Yisrael, and the centrality of the State of Israel and Jerusalem, its capital, in the life of the nation.

Aliyah to Israel from all countries and the effective integration of all immigrants into Israeli society.

Strengthening Israel as a Jewish, Zionist, and democratic state and shaping it as an exemplary society with a unique moral and spiritual character, marked by mutual respect for the multi-faceted Jewish people, rooted in the vision of the prophets, striving for peace and contributing to the betterment of the world.

Ensuring the future and the distinctiveness of the Jewish people by furthering Jewish, Hebrew, and Zionist education, fostering spiritual and cultural values, and teaching Hebrew as the national language.

Nurturing mutual Jewish responsibility, defending the rights of Jews as individuals and as a nation, representing the national Zionist interests of the Jewish people, and struggling against all manifestations of anti-Semitism.

Settling the country as an expression of practical Zionism. 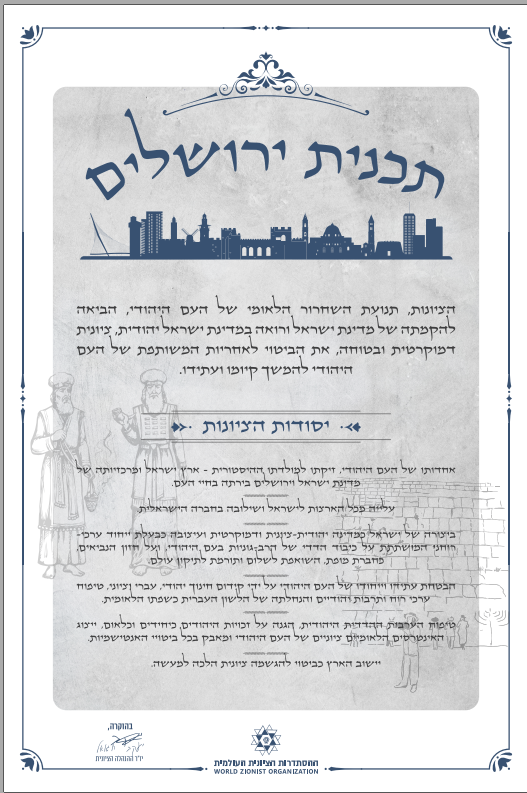